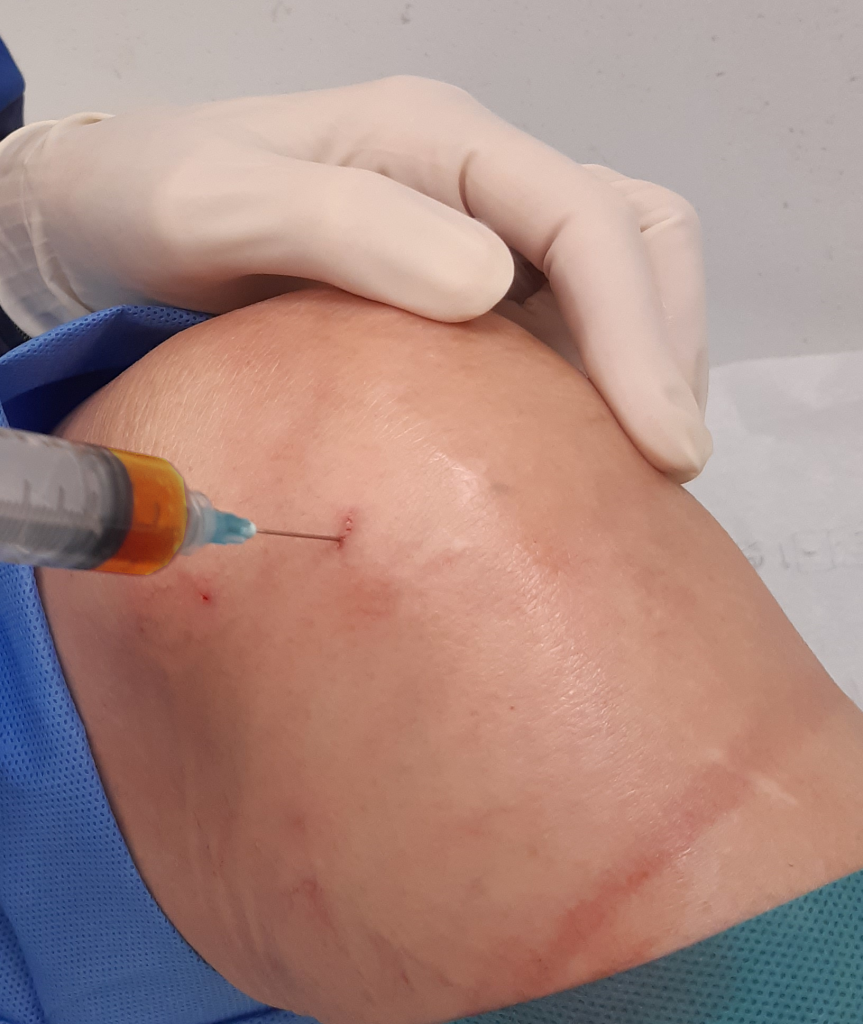 Platelet are small cells whose role is generally considered in forming a clot of blood to prevent bleeding in the time of injury. Platelet rich plasma (PRP) is proving to be a versatile and effective method of treatment for a number of conditions due to its very rich supply of growth factors which are produced within the platelets’ granules and are ready to be act on our injured tissues. In contrast, regular prolotherapy must incite the production of these growth factors. Over 7,600 articles, including thousands of research projects, have been published in recent years on PRP.

PRP is a method whereby the patients’ blood is taken, spun, and platelets are concentrated; the rest of the blood is discarded. The platelets are then injected into the injured area.
There are many methods of producing PRP. One can spin the blood manually in a centrifuge and extract the platelets, or one can use specially equipped centrifuges which automatically separate the blood producing the desired concentration of platelets. The disadvantage of the latter is that the kit required for every treatment is very expensive, in the order of between 1,200 and 2,000 NIS and this does not include the doctor’s treatment. At the moment PRP is not covered by the Israel Health Funds. Because of this huge expense, I chose to use the manual method, making this considerably cheaper.

PRP has been used in:

Dr Galea, a well-known Canadian sports physician, has treated hundreds of Olympic sportsman using these techniques with good long term success, enabling them to get back to their original sports. He presented his ideas on Ted talk

PRF is a very simple version of platelet rich plasma in that there are no anticoagulants used- the blood is spun, the platelets are collected and injected.
Theoretically, once the platelets coagulate inside the body, the platelets release their granules full of growth factors, and this should be a much more effective treatment. The only limitation is the time- because no anticoagulation is given with the mixture, one must be extremely efficient to inject all of the areas within a couple of minutes, otherwise the platelets will coagulate before they are injected. This treatment has been found to be particularly successful in the treatment of osteoarthritis. I am trying to find ways to use this for tendon tears.

To book an appointment please call:

It is all about Swinging Back To Life